After the topmast, mast, boom, and gaff were taken off the sloop, the last spar to be removed was the bowsprit – another rare occurrence. The current bowsprit is only four years old – we built it in Kingston. It is 30 feet long and adds 20 feet overall to the length of Clearwater. Without the bowsprit, the sloop’s length is only around 86 feet! The bowsprit was pulled up and out of its home with the help of a forklift and is resting with the other spars at the Hudson River Maritime Museum. 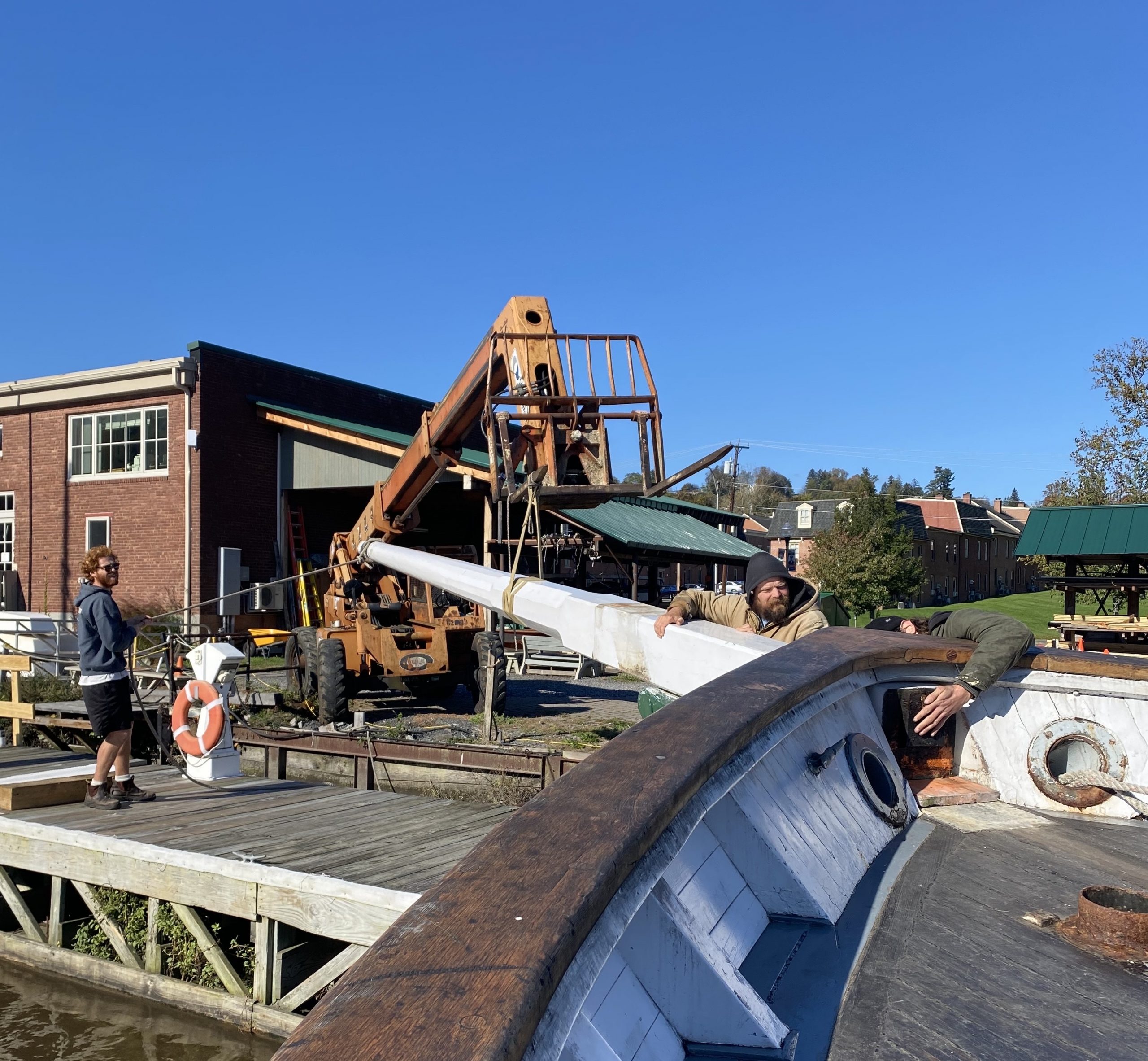 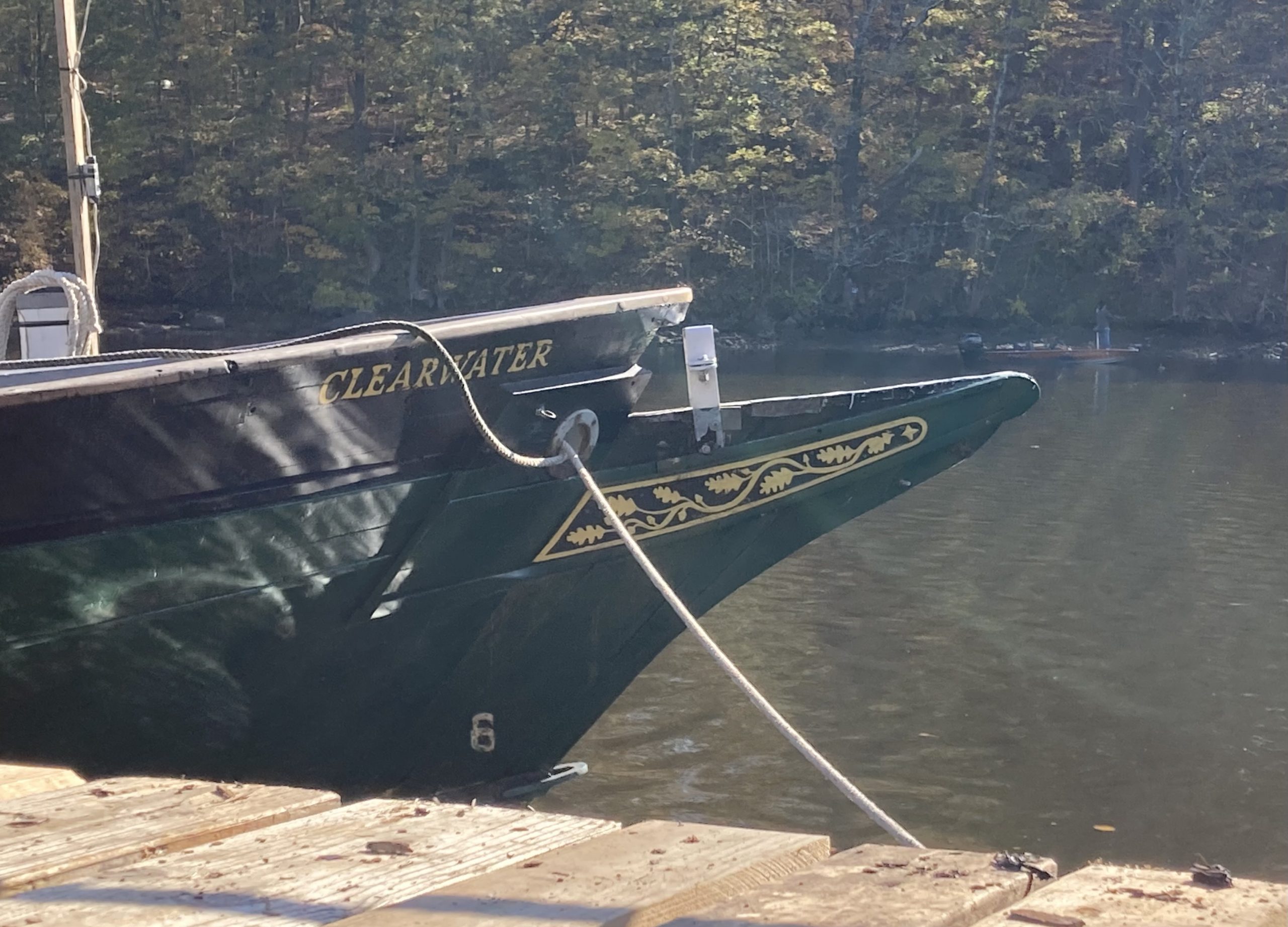 Moving the bowsprit brings to mind a story from former Clearwater Captain Al Nejmeh which has been passed down as Clearwater lore from crew to crew. In the mid to late ’80s, Al was fabricating a new bowsprit in Saugerties, where Clearwater used to winter. The main shop where the other crewmembers were working was too small to build a bowsprit so he moved the project to a larger space, which happened to have a wood stove. With a warm fire going all day, crewmembers and shipwrights would pop in to “talk about the bowsprit” so often that Al couldn’t get any work done! To complete the bowsprit, he had to stop lighting the fire until the end of the day, when work was over and the crew could warm up.