Have you ever wanted to pretend you were onboard the Sloop Clearwater or back at Revival, or just wanted to hide your untidy home office? These photos and movies can be downloaded and used as backgrounds in Zoom and other video conferencing applications.

In addition to being fun, they raise awareness of Clearwater, and provide a QR code people can use to make donations to Clearwater using their mobile phones. Just point your camera at the QR code! 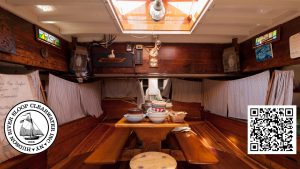 The main cabin of the Sloop Clearwater, where the crew eats, sleeps and plans their days. 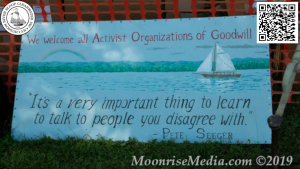 At the Great Hudson River Revival, we welcome all activists, whether we agree with them or not. 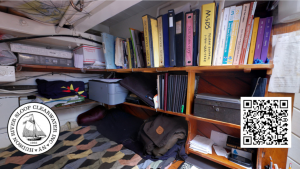 This is where the Clearwater’s captain sleeps and does all their administrative work. 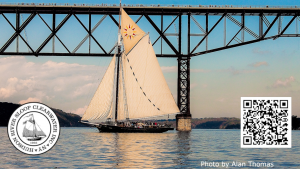 Clearwater under the Walkway Over the Hudson 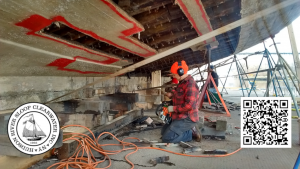 Hull Repair below the Waterline 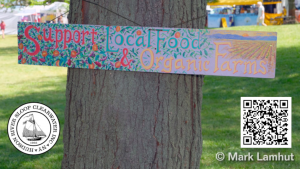 Support Organic Farmers! We’re lucky to have them here in the Hudson Valley, and elsewhere. 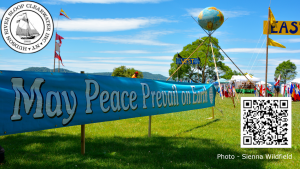 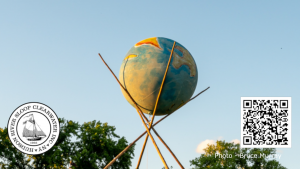 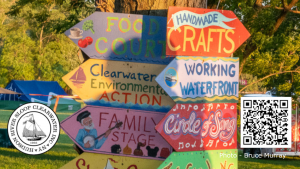 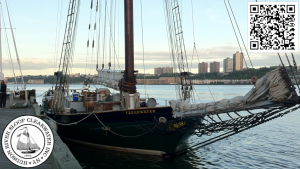 The Clearwater, as well as our Tidelines program, spends much of its time in New York City, in this case at the 79th St. Boat Basin. 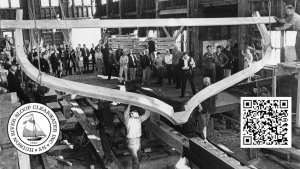 One of the hull frames being moved into place at the Gamage Boat Yard during the Clearwater’s construction. 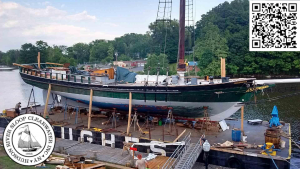 While the Sloop gets hauled out in Albany, it often then gets floated to Kingston, because that’s where all our tools are! 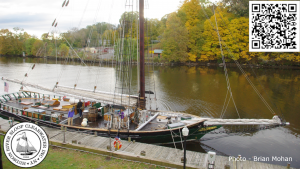 The Clearwater docked at our homeport in Kingston in October. 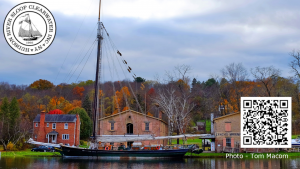 The Clearwater docked in Saugerties on a beautiful September day. 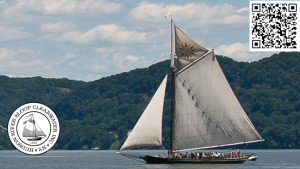 The Clearwater sailing up the Hudson, as featured on our web site. 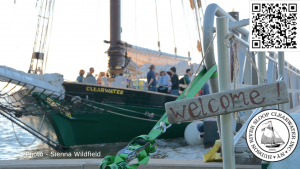 We expect to publish more of these as the sailing season progresses, but in the meantime, here’s a view of the majestic Storm King Mountain from Dockside Park in Cold Spring.