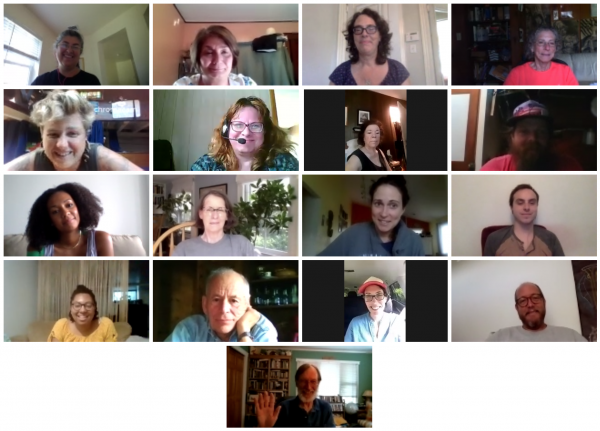 Contact the Administration department for all issues related to the purchasing of merchandise, accounts payable, and general information.

Contact the Captain for all information related to the Sloop’s functioning, as well as for information on being employed as a crewmember.

Contact the Development department for all information regarding supporting Clearwater’s mission through sponsorships, planned giving, memberships, and corporate partnerships.

Contact the Education department for all information regarding our educational programs, volunteering on the sloops as an educator, and booking sails on the Clearwater 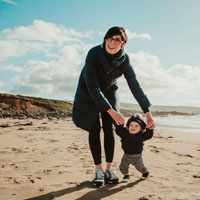 Erin joined Clearwater in March of 2014 and currently manages the day-to-day operations, human resources, administration, as well as public relations at the Beacon office. Originally from Queens, NY, Erin is a US Air Force veteran and served as a command post controller in Delaware, South Korea, Oman and England. Erin holds a MA in Writing from the National University of Ireland, Galway, where she lived for the next 5 years working in rural Clare, writing, and hosting a radio show called Sunday Best. Erin also has a BA in Sociology with a minor in Painting from SUNY New Paltz. Erin is most passionate about music, writing and being outside! Erin lives in the City of Newburgh, raising a future Clearwater sailor named Dustin. 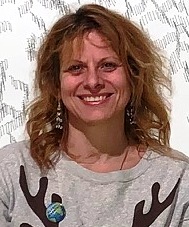 Gigi Rapetti worked for many years in advertising and marketing in the pharmaceutical, and entertainment industries, and as an office manager for a collective of independent artists, before joining Clearwater. She also volunteered in Manhattan as an Urban Park Ranger in Inwood Hill Park planting trees, putting out forest fires with dirt, weeding invasive plant species, and introducing kids to the tidal basin.

Growing up along the Croton and Hudson Rivers, Gigi was able to attend several Clearwater Festivals. The most was memorable was as teenager, she volunteered to help out on site and was recruited to be a litter-picker. Having been raised by avid recyclers and activists, but having never seen it done on a grand scale as it was at Croton Point Park, she was impressed. Afterwards, the volunteers were very fortunate to go back to Pete and Toshi’s house, where they encouraged everyone to take the fight to Albany to continue to let our state senators and representatives know that more action was needed to save our environment. During college, Gigi returned to Albany to demonstrate against SUNY tuition hikes and was active with NY Public Interest Research Group. More recently, she helped create organic gardens with Groundworks in Yonkers. Gigi returned to Clearwater (first as a volunteer) just in time to help celebrate the anniversary of founder Pete Seeger’s 100th birthday and the 50th anniversary of the launching of the sloop, including creating some special celebratory merchandise. She looks forward to helping Clearwater move towards a future of improved environmental justice for all. 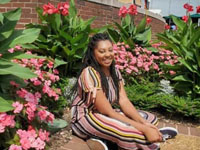 Aerika Lucy is relatively new to the Hudson Valley area, but she is no stranger to life along the river. She was raised in St. Louis, Missouri, a city comprised of four sizable rivers including the Mighty Mississippi. Moving to New York has always been her goal, and she is excited to begin a new chapter of her life on the East Coast. She earned a Bachelor’s of Science in Media Studies with a Minor in Communications from The University of Missouri St. Louis in 2018. She is joining Clearwater with two years of non-profit administration experience under her belt. In her spare time, Aerika enjoys volunteer work, travel, photography, blogging, and learning new languages. 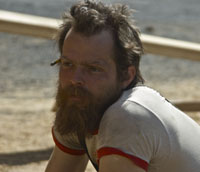 Captain Nick Rogers returned to Clearwater as relief Captain in October of 2007 and full Captain in January of 2008. During his previous stints on Clearwater, he worked as 2nd Mate during the 2005 season, and as Engineer & Bosun before that. Nick received 2 degrees from the University of Rochester in physics and applied mathematics. He has experience working with youth as an Environmental Educator and Trail Crew Leader with the Student Conservation Association and as an Educator with a YMCA camp in New England. 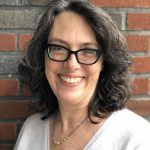 Meg Mayo joined Clearwater in July 2020 and is responsible for Clearwater’s donor relations and fundraising initiatives, as well as marketing and communications activities. Prior to Clearwater, Meg was Director of Tourism for Visit Nyack, a not-for-profit destination marketing organization she co-founded to support the independent businesses of Rockland County’s river villages. Prior to that, Meg worked in New York’s book publishing industry as a sales and marketing manager, specializing in sales to non-traditional booksellers. Meg has spent her life near water, from the Lake Michigan lakefront in Milwaukee, to the banks of the Mississippi River in Minneapolis and Saint Paul, and the majestic Hudson River in New York. She currently lives with her son and twin daughters in Nyack, New York, where she enjoys cooking, reading, watching the sun and moon rise over the river, hiking Rockland County’s many trails, and exploring the bookstores, communities, and history of the Hudson Valley and beyond. 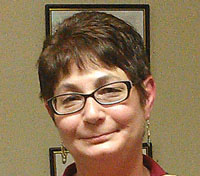 Ann Mellor started working at Clearwater as Development Assistant / Membership Associate in April 2009. Previously, Ann served as Membership Associate / Administrative Assistant at the Hastings Center in Garrison, NY for 7 years. She is married and lives in Beacon, NY with her husband Michael Mellor. They came to the Hudson Valley in 1984 from Rochester, NY. Ann and her husband raised their two wonderful daughters in Beacon; one daughter, Mary Joe, is married and serves in the U.S. Navy, and the other daughter, Christine, served in the Air Force and is now to be married and living in Rochester NY. In her free time, Ann loves to cook, read, travel, listen to music and watch movies. 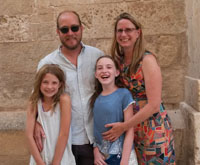 Eli grew up in Indianapolis, Indiana. He spent his childhood sailing small boats on the lakes and reservoirs there. In 1994, after graduating from New York University with a BA in Art History, he began working in shipboard education. He crewed on Soundwaters, and HMS Bounty, was the first mate on the Lettie G. Howard, and spent time on various boats in Baltimore Harbor as part of Living Classrooms Foundation. With Living Classrooms, he ran the Customized Job Training department. He has worked at Clearwater since 2005. When not on the river, he enjoys cooking, soccer and hiking with his family and dogs. 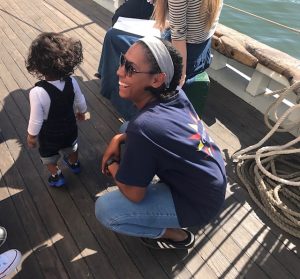 As the Outreach and Engagement Manager, Amali has her hands in many pots! She spends her time working to build community through strategic partnerships for the Programs Department and coordinates with Development and Operations on marketing initiatives. She also manages our sailing schedule, working closely with the Captain to keep the Clearwater busy sailing up and down the river with schools and charter groups. Amali grew up in Baltimore, Maryland and quickly developed a passion for the environment and social justice. Amali loves to read, cook, bake, and go fishing with her dad.

Amali serves on the board of the Women’s Sailing Foundation (National Women’s Sailing Association) and as the Vice-Chair of the Tall Ships America, Diversity, Equity, and Inclusion Committee. 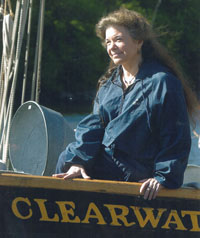 Manna Jo Greene, Clearwater’s Environmental Action Director since 2000, was formerly the Recycling Coordinator/Educator for the Ulster County Resource Recovery Agency for more than 10 years and a registered Critical Care Nurse for 22 years. She holds an AAS in Nursing, a BA in biology (pre-med) from SUNY/New Paltz, and completed course work toward a Masters in Environmental Sciences at Bard College. A lifelong environmental professional and community activist, Manna avidly supports collaborative land use planning and problem solving. Working to promote sustainable agriculture and green building and landscaping practices, she teaches communities how to integrate environmental preservation, economic prosperity (based on quality of life indicators), and social equity using effective communication. Manna also serves as Ulster County Legislator from District 19, Towns of Rosendale and Marbletown. 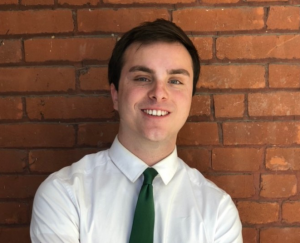 Matt Salton, Clearwater’s Environmental Action Associate, was born and raised in the Hudson Valley. He grew up caring about the environment and became an Eagle Scout. He’s a graduate of Gettysburg College with a B.A. in Environmental Studies and Political Science. Prior to his work at Clearwater, he was a political organizer and worked on many electoral campaigns in Pennsylvania and the Hudson Valley to get environmental champions elected to office.