BEACON, NY– Clearwater has launched a unique “Build-a-Song” project that aims to engage any and all in helping to write a new anthem about the issue of Climate Change. Participants can submit verses online through March 20.

The organization that folksinger Pete Seeger founded some 46 years ago will employ cutting-edge sound technology to enable musicians and songwriters from – potentially, at least – every corner of the globe to collaborate on a modern anthem. 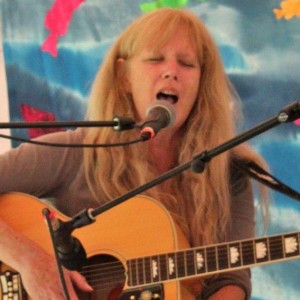 Clearwater’s music director, Linda Richards, says the Build-a-Song platform allows participants to upload their work on one of three song-sharing sites.  “It is easy, anyone can participate, and we are going to walk you through it,” says Richards, who wrote a chorus for the tune, using the refrain “Don’t Walk Away.”

To access information and directions for the song-writing process, visitors to www.Clearwater.org need only click on the word Music.  A recording of the chorus done by Clearwater’s Power of Song group, through Artfarm Recording Studio (www.artfarmrecording.com), is included on the directions page.

After the March 20 deadline, Richards said 20 finalists will be selected by a jury that includes the Power of Song youth apprentices. “Then, anyone can go online and vote for their favorites, and the winners will become the song,” says Richards, who founded the Power of Song program in collaboration with Seeger, who died last year at 94.

Power of Song will perform the final version of the song at this year’s Great Hudson River Revival festival in Croton-on-Hudson on June 20th and 21st, and for various audiences throughout the Clearwater music programs.

Richards says she thinks that Seeger, an acknowledged leader of the collaborative, sing-along tradition, would have supported the idea: “I think Pete would respect and enjoy this project. It’s encompassing and accessible, just like he was. He probably would have offered about ten great ideas to make it even better!”