Happy New Year! The sloop and crew are in the thick of it now. The forward port topsides have been removed, with the starboard soon to follow. The mast step has been removed and revealed a previous repair. It will be nice to make that all one piece again. Having the mast step off gives us a really good chance to properly inspect the keelson.

Meanwhile in the engine room, the alignment is getting a well needed repositioning. The bedlog supporting the engine has dried and twisted over time, causing the engine to sit further down than it should. After jacking and shimming the engine through the years, we are now able to properly fix this issue before it causes a real problem. The engine is now suspended from the deck beams and we have begun the process of adjusting the bedlogs. 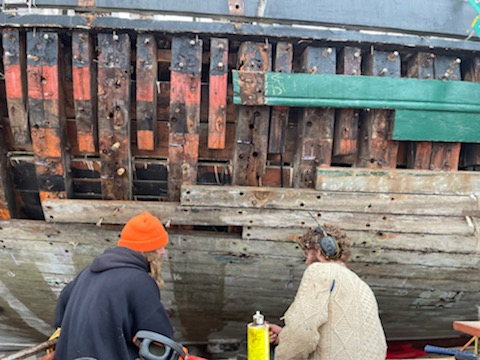 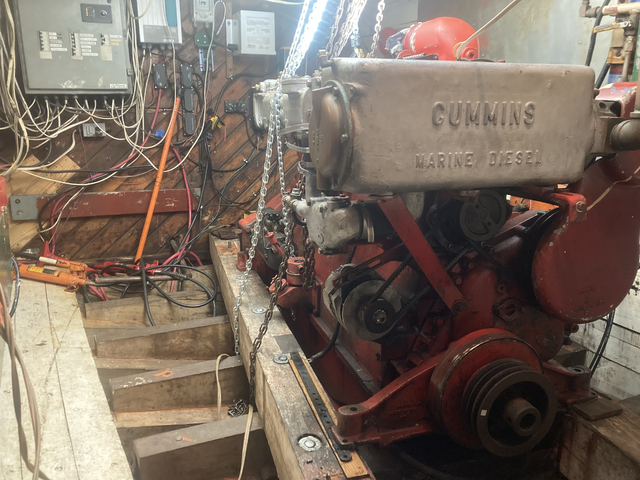 There is still much work to be done at the barn in Kingston. If you recall, a very bare sloop made the trip to Albany – the spars and their associated rigging stayed behind to be serviced in the shop. Here is the winter rigger, Liam, winding a traditional wire seizing onto our starboard shrouds. 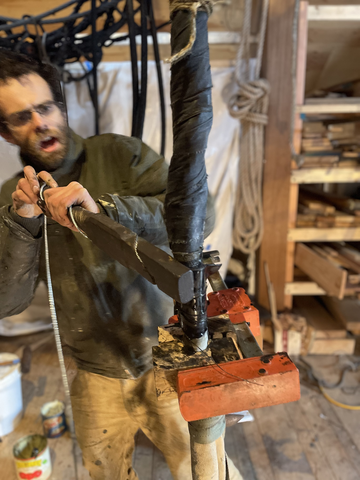 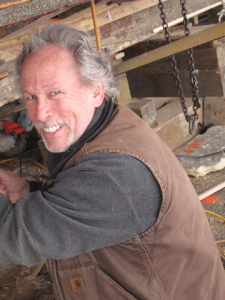 This week our shipwright spotlight is on Pete Kricker. A furniture maker by trade, Pete first worked maintenance on the Clearwater in 1979 as part of the group of woodworkers that would become Rondout Woodworking. After many smaller Clearwater projects, he became heavily involved in the recent Bow Project in 2009-2010 and Midships Project in 2015-2016. Other notable projects of Pete’s career include rebuilding and restoring numerous grist mills and barns, a saw mill and water pumping station. This winter he is most excited to be working with the Clearwater people – many of whom he has seen grow from new hands into skilled professionals and who have become good friends!