Aunapu was an iconic figure in the Clearwater community. An accomplished musician in addition to being an expert sailor, he took the helm as Clearwater’sskipper on its maiden voyage in 1969. The first crew was composed mostly of musicians, including Pete Seeger, Don McLean and first mate Gordon Bok. They sailed from Maine down the coast to New York Harbor stopping along the way to give fundraising concerts.

“Allan sailed the sloop Clearwater with great artistry,” said former shipmate and musician Don McLean. “He could actually have this craft [the Clearwater] out in the open sea and sail it right to the dock. I saw him do it many times. He was a sensitive, strong, free spirit who I will never forget.”

Clearwater’s musical crew was billed as the “Hudson River Sloop Singers” and gave over 20 fundraising concerts during the maiden voyage, including a stop at the Newport Folk Festival that July.

Aunapu was the grandson of an Estonian sea captain who sailed square-riggers. Aunapu was also the first captain of the schooner Mystic Whaler, which he sailed to the Newport Folk Festival where he met Seeger in the summer of 1968.

Although he resided in Florida, Aunapu often volunteered at the Clearwater Festival in Croton-on-Hudson as a member of the site crew. He was in attendance, most recently, in 2019 to help celebrate the 50th anniversary of the sloop’s launching.

“Allan was a Clearwater legend,” said former Clearwater Captain and past Board President, Betsy Garthwaite. “He was an incredible sailor, a committed environmentalist and a great friend to the Clearwater community. He will be sorely missed by many people.” 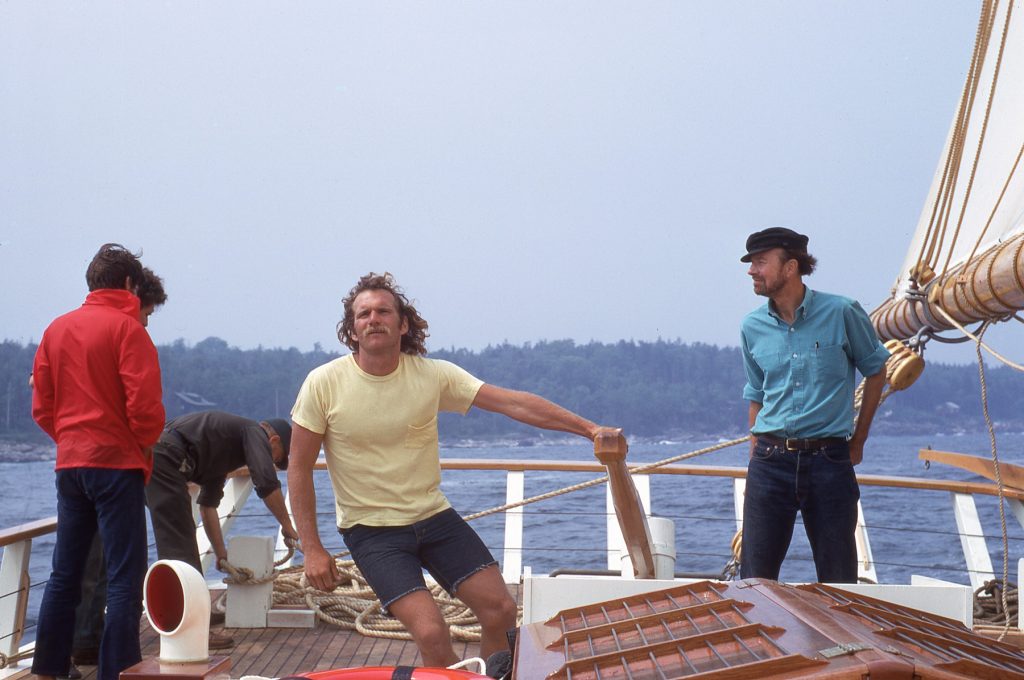