Dr. Martin Luther King, Jr. and the Work of Environmental Protection and Justice

Previous Next
Dr. Martin Luther King, Jr. and the Work of Environmental Protection and Justice

Dr. Martin Luther King, Jr. and the Work of Environmental Protection and Justice
By Sherrilyn Ifill*

I rarely engage in popular speculation about whether Dr. King would have joined or supported this or that contemporary battle for justice and human rights. If you have spent any time studying Dr. King’s writings and speeches, you will know that he had a broad and expansive vision of justice that would have encompassed many of the battles we fight today. Among the easiest to imagine is Dr. King’s embrace of environmental protection and justice. Frankly, it’s impossible to listen to the message and eloquence of Dr. Martin Luther King, Jr. without feeling his bone-deep love and appreciation for the power and beauty of our earth. He used the imagery of this country’s physical beauty to unite us across race – to remind us of our shared appreciation for the richness of the land on which we live and which we steward. His speeches were rich with images of nature’s beauty, and metaphors drawn from our physical environment to encourage our spiritual embrace of civil rights and justice. Dr. King’s “I Have A Dream Speech” https://kinginstitute.stanford.edu/king-papers/documents/i-have-dream-address-delivered-march-washington-jobs-and-freedom is his most-quoted speech and sadly, the one most often distorted. Too often that speech is reduced to the one line. Conveniently, so many forget that in that speech he speaks powerfully against police brutality and housing discrimination; against voter suppression and economic injustice. Too many ignore his unapologetic defense of the power of protest. But the eloquence of that speech relies heavily on Dr. King’s invocation of the beauty and unifying power of our physical earth. He calls on us the “hew out of the mountain of despair a stone of hope,” and cites the biblical scripture that that is now etched on his memorial in Atlanta, that “justice shall roll down like waters and righteousness like a mighty stream.” King calls us from “the quick-sands of racial injustice to the solid rock of brotherhood.”

In the culmination of that speech – his soaring call to all of us to work for a new America – King binds us together around our shared love for and stewardship of the heartbreaking, unshakable beauty of this deeply flawed country. “Let freedom ring,” King intones, “from the mighty mountains of New York…..from the heightening Alleghenies of Pennsylvania…..from the snow-capped Rockies of Colorado….from the curvaceous slopes of California…….” His call us to us to this shared place of beauty and transcendence makes me know without question that Dr. King would have stood powerfully and unreservedly against the despoiling of our natural world. King also understood environmental justice. In his searing, historic speech calling for America’s withdrawal from the Vietnam War https://kinginstitute.stanford.edu/king-papers/documents/beyond-vietnam, King speaks specifically about our destruction of the land and poisoning of the waterways in his condemnation of America’s participation in that war. Speaking of the U.S. he condemned the crowded conditions in which Black people were condemned to live in northern “ghettoes.” King was murdered in Memphis where he had joined the cause of Black sanitation workers, who were challenging the unjust economic and environmental conditions in which they were compelled to work. King called to us to work for justice and civil rights. His vision, and demand that we work to build a society committed to principals of justice and equality was infused with imagery and language that leaves no doubt that he would have stood with the cause of environmental protection and justice.

*Sherrilyn Ifill is the President and Director-Counsel of the NAACP Legal Defense and Educational Fund, Inc. 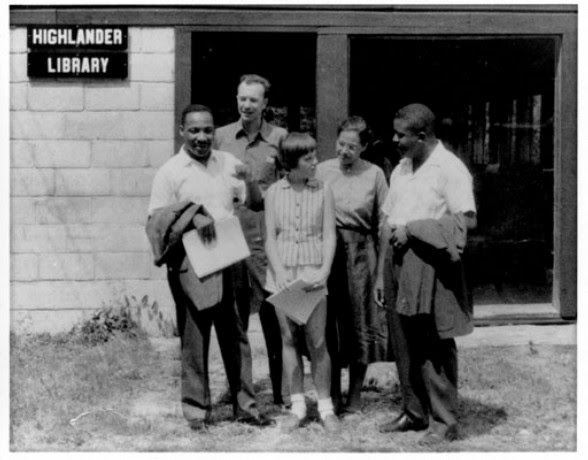