BEACON, NY– The final white oak plank has been placed on the iconic sloop Clearwater, closing up the restored hull and readying her for a busy spring sailing season. Clearwater’s hull restoration, which began in October 2015, has been the largest project undertaken by the Beacon based nonprofit. The middle section of the hull, centerboard trunk, frames and planks below the waterline have been replaced over the winter at the Hudson River Maritime Museum.

Appropriately named ‘The People’s Boat’, Clearwater’s restoration has been embraced by the community who join the sloop captain, crew and shipwrights weekly to volunteer their time to work on the 106 foot wooden tall ship. Captain Aleythea Dolstad said, “In the past few weeks we have hit milestones to bring us toward the end of the project and closer to the sailing season. The keel worm shoe is back in place, the 30,000 pounds of ballast is back in the boat, and the hull planking is done. It is very exciting to see all the work coming together, thanks to the many volunteers. As I observe the restoration in progress, I am reminded that though we are closing in on the end of this phase, there is still a lot of work to be done in the future. Planning for future work is the key to the success of the vessel and the organization.”

Once the hull work is complete, the sloop will return to Albany onboard its dry dock barge, pushed by a tug. The sloop will be lowered into the river to allow the new planks to swell for approximately a week. The swollen oak planks make the sloop buoyant and ready for her first transit back to the Kingston Home Port to begin uprigging. “If all goes smoothly, we should be sailing by the end of June.” said, Captain Aleythea Dolstad.

Launched in 1969 by Pete Seeger and friends, Clearwater is a wooden replica of the sloops that sailed the Hudson in the 18th and 19th centuries, and is one of the few remaining tall ships on the River. The sloop was launched as a vessel for environmental action and advocacy to bring people closer to the river that runs through our communities, to learn about and protect it. “The Clearwater is the Hudson’s tall ship and we all are looking forward to see her out on the river again soon.” Said Dave Conover, Clearwater’s Interim Executive Director. In the meantime, Clearwater’s sailing programs are taking place onboard the schooner Mystic Whaler. The organization is $135,000 from reaching its fundraising goal to cover the cost of the project. 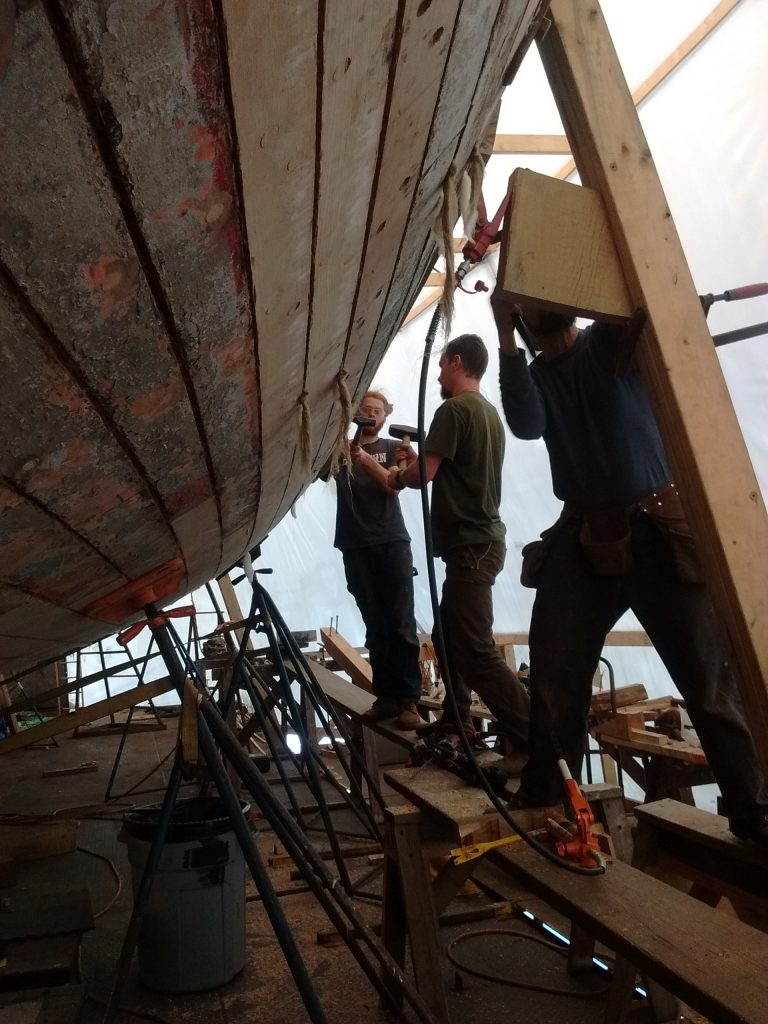 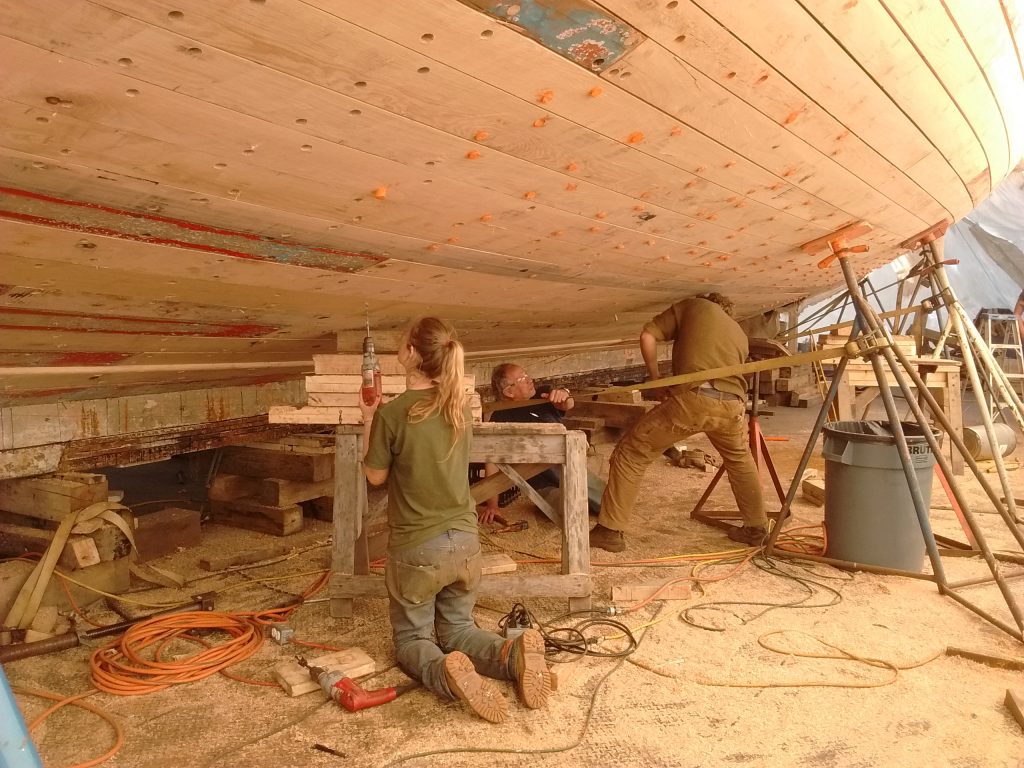