Third Annual Spirit of the Hudson Gala, All Aboard!

Previous Next
Third Annual Spirit of the Hudson Gala, All Aboard!

Clearwater’s 3rd Annual Spirit of the Hudson: All Aboard gala celebrates 50 years of board volunteers and features honoree Judith Enck, Jimmy Buff, Executive Director of  Radio Kingston, as M.C.  All Aboard is hosted by Annie and Fred Osborn. Auction by Nicholas D. Lowry – Swann Auction Galleries. Gala funds support Clearwater’s environmental advocacy and education programs on the Hudson River. Sunday, February 11th, 2018 from 3:00PM-7:00PM at the Garrison. 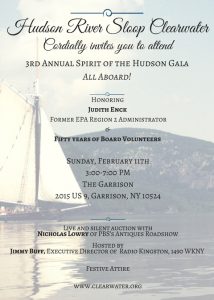 Click to see full size invitation in a new window

Also recognizing current & past Clearwater Board Members, 1969 to present. 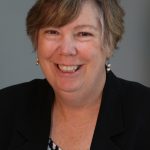 Judith Enck, Honoree and Spirit of the Hudson Awardee – Clearwater will honor former EPA Regional Administrator Judith Enck at the gala. Enck embodies Clearwater’s mission and deserves recognition for her longtime service and tireless advocacy for the environment. Ms. Enck was appointed by President Barack Obama as EPA Region 2 Administrator in 2009 and served for 7 years. Region 2 includes New York State, 8 Indian Nations in New York, New Jersey, Puerto Rico and the U.S. Virgin Islands. As a college student, the first issue Judith Enck worked on was New York’s container deposit law, The Bottle Bill, which has reduced litter and resulted in billions of containers being recycled and thousands of new jobs created. She was formerly the Visiting Scholar at Elisabeth Haub School of Law at Pace University.  Ms. Enck was President of the Clearwater Board of Directors and served on the Board from 1987-1990.

Enck has been outspoken about the Trump administration’s efforts to roll back environmental regulations and withdraw from the Paris Climate Accord.  She continues to play a leadership role in advocating for the people of Hoosick Falls, NY, whose drinking water is contaminated with the toxic chemical PFOA.  Recently, Ms. Enck was invited to the US Virgin Islands by the territory’s governor to offer assistance on post-hurricane clean-up.  Enck is a commentator and panelist on NPR’s WAMC radio station. @enckj ‏ 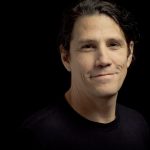 Radio Kingston is a noncommercial platform dedicated to a vibrant, just and healthy Kingston centered around community storytelling, artistic and musical expression, conversation and connection. At a time when growing polarization, media consolidation, privatization and exploitation of community resources threaten the basic fabric of local communities, Radio Kingston hopes to demonstrate that a radically different path is possible. It will create a space for residents to build renewed trust, empathy and connection, while celebrating our shared strengths and creativity, and deepening a truly local conversation about creating a community that works better for everyone. 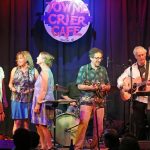 Breakneck Ridge Revue is a true revue, featuring an ensemble of notable Hudson Valley musicians performing a mix of traditional, classic and original songs with mostly-American folk roots. The Breakneck credo is “simple music for complicated times” — a particularly useful philosophy these days. The ensemble holds a once-a-season show at the fabled Towne Crier Cafe in Beacon, New York, that’s akin to a Prairie Home Companion for the Hudson Valley (but without a shred of controversy!). @BreakneckRidgeRevue 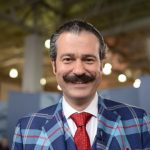 Nicholas D. Lowry is President and Principal Auctioneer of Swann Auction Galleries, and Director of Swann’s Vintage Posters Department. As one of the world’s foremost authorities on vintage posters, he has spent nearly 20 years serving regularly as poster appraiser on the PBS television show Antiques Roadshow.

He sits on the Board of the Smithsonian Archives of American Art, is Chair of the Fine Arts Committee of the National Arts Club, and presides over as many as 20 charity auctions a year.