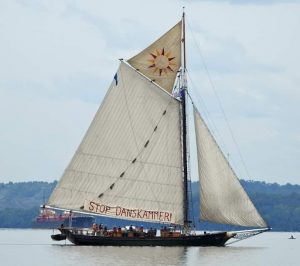 Stop Danskammer Flotilla:  On Wednesday, August 4, Clearwater, Food & Water Watch and others hosted a wonderful flotilla opposing the proposed expansion of the Danskammer fracked gas plant. The plant currently only operates a few days a year during peak demand, but Danskammer Energy has proposed building a new facility that would run more than 70% of the time. This would exacerbate the global climate crisis, worsen air pollution, and pose increased danger to the surrounding communities. 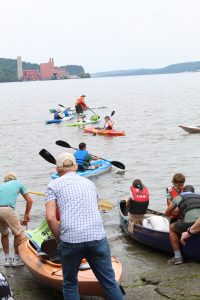 The flotilla involved the Sloops Clearwater and Woody Guthrie, as well as paddlers in kayaks and canoes, and a press conference and rally.  In total, more than 90 people participated, including 60 paddlers!  The outpouring of support shows that New Yorkers are passionate and committed to community health and a green energy economy.  Thank you to everyone who participated.  All of the participants, whether they were on the sloops, paddled, spoke at  the press conference and rally, provided shore support, or helped document the event, were invaluable to the effort to stop the Danskammer expansion..

Special thanks to John McLaughlin, Diane Dintriff, and Emily Skydel, without whom this event could not have run.  Also, special thanks to Storm King Adventures for providing kayaks for those who did not have their own, and for accommodating requests for tandems. 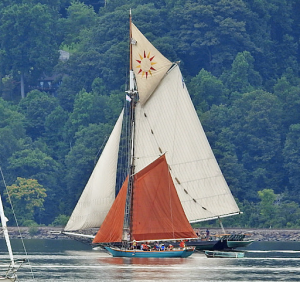 After many years, we were successful in closing Indian Point.  Now, hopefully, we can prevent the Danskammer fossil fuel fracked gas burning expansion. 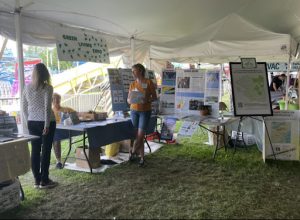 climate change, sustainable living, and the proposed Danskammer expansion.  Many people were unaware of just how far we have come with renewables and energy saving technologies for the home.  We also taught people why Danskammer is unnecessary and counterproductive in New York’s fight against the climate crisis and that the storage alternative is a better use of that facility.  Talking to people where they are can sometimes change minds and the world!

NRC Hearing in Tarrytown:  On July 29, we offered public testimony to the NRC about Holtec’s deficient decommissioning 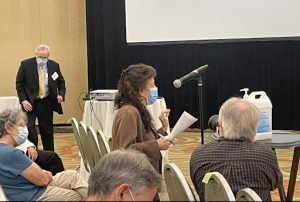 plan.  We addressed issues with remediating water and soil contamination at the site, the problems of transporting the waste through NY Harbor and across the country to the southwest, and about using the thin-walled canisters to store the high-level nuclear fuel rather than the more robust containers in use in Europe and elsewhere. There were problems with the phone connections so no one other than those in attendance were able to provide public comment. We have been told another opportunity will be offered and will make sure everyone knows when we do.

Monday, Aug. 23 and Aug. 25, both from 1– 9 pm:  Danskammer Title V Air Permit Virtual Public Hearings.  Please join us on August 23 to voice our opposition to the proposed Danskammer fracked gas expansion.  Danskammer is applying for a Title V permit, which would allow them to pollute the air.  A new Danskammer is unnecessary and would pollute our air and water.  NYS DEC has already indicated that the proposal is inconsistent with NY’s Climate Law.  Better alternatives are available.  More information to come.

Friday – Sunday, Sept. 10 – 12:  Clearwater will table and speak at the Magic Forest Fest in Coeymans.  Opening Friday at 3pm, camp amongst arboreal friends and fungi in the Magic Forest for this spectacular festival!  Dance through the sunset to a diverse lineup of live music with artists performing Anti-Folk and Folk, Electronic, Heavy and Indie Rock, Jam and other styles!  Watch visual artists paint, spray, and capture the magic of infinite musical moments!  Participate in interactive workshops, including a Mushroom Identification Walk, Herbalist Talks and Yoga Instruction each day!  There will be farm fresh food prepared onsite and unique vendors all weekend!  Website: https://www.magicforestfest.org/