NYS Freshwater Wetlands Act passes, is signed and funded: Small wetlands hold huge amounts of stormwater, store more carbon than forests do, and filter pollution. Recently the New York State Legislature passed reforms to the NYS Freshwater Wetlands Act, which are funded in Governor Hochul’s 2022-23 Budget. This historic legislation will allow the Department of Environmental Conservation (DEC) to protect over one million acres of critically important freshwater wetlands that are currently unmapped and tens of thousands of smaller wetlands – down to 7.4 from 12.5 acres – which provide significant benefits including flood mitigation, critical habitat for wildlife, climate resiliency, carbon sequestration, and maintaining clean drinking water. Clearwater shares our gratitude to Governor Hochul and the New York State Legislature for recognizing the importance of, and strengthening state protections for wetlands with members of the Save NYS Wetlands Coalition and other watershed protection advocates.

Still Needed: NY-NJ Watershed Protection Act: The New York-New Jersey Watershed Protection Act would provide $50 million, as well as technical support from federal agencies, for watershed protection at a time when the Hudson River estuary is threatened by sea-level rise and habitat loss. This much needed bill, introduced in the House by U.S. Rep. Paul Tonko, is making its way through Congress with bipartisan support. We will keep you posted and let you know how you can help. 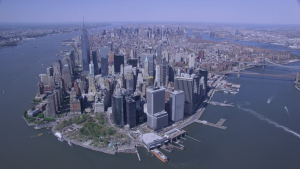 NY & NJ Harbor & Tributaries Focus Area Feasibility Study (HATS): Coastal storms have severely impacted the North Atlantic Coast, including the New York-New Jersey Harbor region. In response, the US Army Corps of Engineers has been investigating measures to manage future flood risk in ways that support the long-term resilience and sustainability of the coastal ecosystem and surrounding communities, and to reduce the economic costs and risks associated with flood and storm events. In support of this goal, the Corps completed the North Atlantic Coast Comprehensive Study, which identified nine high-risk, focus areas for further in-depth analysis into coastal storm risk management measures, including the NY-NJ Harbor and Tributaries study area. A recent update indicates that the originally proposed sea wall across the NY Harbor, which
Clearwater and our allies strongly opposed, is no longer being considered, in favor of more local solutions. 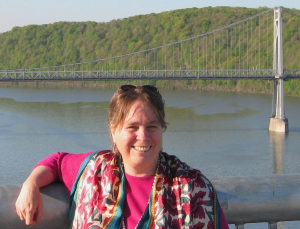 Hudson River Estuary Program (HREP) gives warm and grateful send off to Fran Dunwell: In addition to the topics covered above at the June 2 meeting of the Hudson River Estuary Management Advisory Council (HREMAC), there were updates on Aquatic Invasive Species, including concerns about Asian carp potentially entering Lake Erie and moving through NYS’s canals and the Mohawk River into the Hudson, and the what the State is doing to address the Atlantic States Marine Fisheries Commission (ASMFC) Striped Bass Amendment 7.
This was the last HREMAC meeting for Fran Dunwell, whose vision profoundly shaped the Hudson River Estuary Program. She has served as its Coordinator since 1984 and is retiring in July after 38 years of service. Clearwater Board President, Steve Stanne, who worked with Fran for 18 years at HREP, praised Fran’s amazing leadership, her support for the staff’s ability to develop and implement good policies and programs and her profound knowledge of the Hudson River and its watershed.

Key Talking Points on Draft Scoping Plan: Here are a few recommendations re: policies, projects, and other initiatives that support or present barriers to achieving CLCPA goals:
● Equitable sharing of the costs of much needed grid upgrades between developer, utility and NY State.
● Ensure renewable energy (RE) infrastructure with storage precedes beneficial electrification to avoid burning more fossil fuel if demand increases before RE is in place.
● Utilities lowering rebates on air-source heat pumps slows implementation of beneficial electrification; geothermal rebates have been maintained for now.
● The Consumer Benefit Charge net-metering surcharge significantly hinders solar development in NY.
● Stress the value of building energy retrofits (superinsulation with careful air-sealing, employing healthy building practices, etc.); they are a valuable source of energy efficiency. Buildings account for 32% of NY’s greenhouse gas emissions.
● Increase the amount of Battery Storage needed to ensure grid reliability from 9GW to 20GW.
● More and better outreach to priority disadvantaged communities, urban and rural, to ensure participation.

Written comments can be submitted through July 1 via the online public comment form, via email to scopingplan@nyserda.ny.gov, or via U.S. Mail to Attention: Draft Scoping Plan Comments, NYSERDA, 17 Columbia Circle, Albany, NY 12203-6399. If you use the online comment form, please be aware that comments are limited to 2,000 characters, but you can also submit attachments, which can be as long as you wish.

Welcome Summer 2022 Environmental Action Interns: Clearwater is looking forward to working with a wonderful team of interns to have an impactful summer season. One internship is funded through Marist, and the other two are volunteers. Welcome to John Maseros, Gideon Schwartz, and Lucy Hunter. One project they will work on is following up with the Fall 2021 and Spring 2022 municipalities who participated in our Solar Mapping Training, using Scenic Hudson’s excellent Solar Mapping Tool to see what progress they are making and how we can help them to implement solar and other renewables with storage in their communities. A Summer 2022 Municipal Solar Mapping Project is planned for five Tuesdays from the end of June through July. If your municipality has not yet participated, now is the time! Getting renewable energy infrastructure in place to power heat pumps and EVs coming on line is critical, to ensure we don’t end up burning more fossil fuels to power them.
Contact mannajo@clearwater.org for more information.