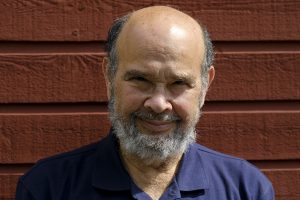 Peter has been concerned with environmental issues for most of his life, but has taken a more active role since his retirement from IBM Research.  The increasing awareness and seriousness of the climate change issue has led him to increase his involvement with Clearwater with the goal of increasing public awareness and response to the crisis.

He has been active as a volunteer at Revival for more than 35 years, where he has managed (jointly with his wife) the T-shirt sales, a substantial fund-raiser for the event,  and been active on the Revival Planning Committee.  Peter first met Pete Seeger at the 1964 Newport Folk Festival and has admired Pete’s music and life accomplishments for many years.

Peter’s work experience involved research in Computer Science.  He has experience serving on a public library board for 14 years, including several as its President, and on a local tax assessment review board.