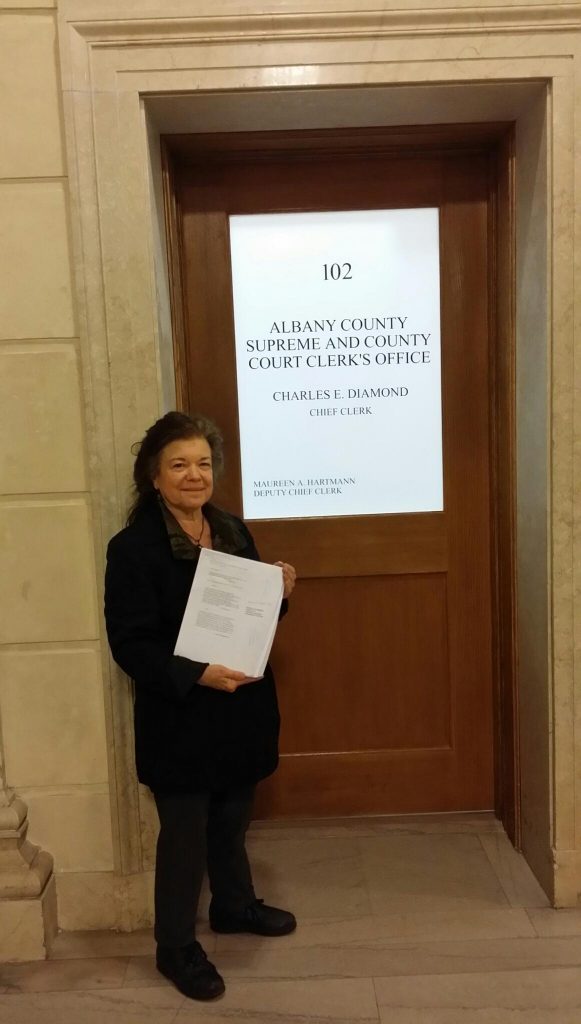 The PSC recently voted to place a surcharge on New York ratepayers’ electric bills to raise $7.6 billion over 12 years and give it to the nuclear plant operator, Exelon, to continue running three aging nuclear facilities in upstate New York until 2029.  The decision could also potentially give Entergy another $2.8 billion to continue running the Indian Point nuclear plant in Westchester, which the Cuomo administration has said should be closed. Clearwater submitted the Article 78 petition to the Supreme Court of the State of New York in Albany this afternoon.

“This lawsuit is of historic significance,” said Manna Jo Greene, Environmental Action Director at Clearwater. “Opposing this subsidy will demonstrate to the country that nuclear power is not where our dollars need to be spent. Many of these nuclear plants are aging, leaky and dangerous.  Clearwater strongly supports NY State’s goal of 50% renewable energy generation by 2030, but opposes the nuclear subsidy. Moving toward a fully renewable energy economy as rapidly as possible is the direction that New York should model for the nation.”

Among other objections, Clearwater’s lawsuit argues the PSC violated the State Administrative Procedures Act (SAPA) by providing insufficient time for public comment on the nuclear subsidy. SAPA requires a minimum of 30 days for an action of this significance.  The final Clean Energy Standard (CES) proposal was only allowed 15 days (11 business days) for comment.

The suit also complains that the PSC made “false or misleading statements” by failing to use accurate and widely-accepted language, which is a further violation of SAPA.  The PSC calls the CES nuclear subsides “zero-emission credits” or “ZECs”, characterizing nuclear power plants as “zero–emissions,” which  is scientifically invalid, and contradicts public understanding. The characterization also ignores the vast amount of highly radioactive waste the prolonged use of nuclear power will generate and need to store.

“It’s reasonable to call true renewable energy such as solar and wind power ‘zero emissions’ — but not these aging nuclear plants,” said Greene.  “They are far from emission-free, and the implication that keeping them running somehow will lower GHG emissions is unsubstantiated.  The PSC should call these billion-dollar payments what they are: subsidies to prolong the lives of aging, unprofitable, increasingly dangerous nuclear plants at public expense — and not ‘credits’ to help fight climate change.“

The filing also points out the PSC considered only two alternatives – either no action or the subsidy — but ignored more aggressive investment in renewable energy to achieve the Clean Energy Standard’s goal of generating half of New York’s energy from renewable sources by 2030.  The PSC also failed to provide a valid cost-benefit analysis of its proposal for implementing the nuclear subsidy..

The redress Clearwater seeks through the lawsuit is to block or significantly alter the CES nuclear subsidies, including by prohibiting the PSC from locking them in for the next 12 years. As more renewable energy and energy efficiency come online, they will increasingly offer economically and environmentally superior clean energy alternatives.  But, if left in place, CES nuclear subsidies would force New York ratepayers to pay billions to underwrite failing, uncompetitive nuclear plants through 2029.  Clearwater also seeks reformulation of the way the ZEC subsidies are calculated, so instead of directing ratepayer money to failing nuclear plants in the name of clean energy, the PSC allocates more funding for renewable energy generation, infrastructure, storage, improved transmission and energy efficiency.