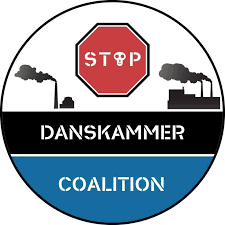 Danskammer Denied!  On October 27, the NYS Department of Environmental Conservation announced that they had denied the Title V Air Permit for the proposed Danskammer fracked gas plant expansion due to its inability to comply with the goals of New York’s climate law.  Clearwater has been working to oppose this expansion for years now with the Stop the Plant coalition.  It is important to celebrate our victories as they show people that progress is possible and that environmental action is effective when we all work together.  Many thanks to all who helped by offering public comment, joining our flotilla, calling your elected officials, or otherwise taking action.  We couldn’t have done it without you! Historic Victories:  Clearwater has seen a number of successes throughout our 52 year history. Pete Seeger’s efforts to clean up the Hudson River helped lead to the passage of the Clean Water Act.  Soon after it was launched in 1969, the Sloop sailed up and down the river collecting signatures calling for the clean up of the very polluted Hudson and other waterways.  After collecting thousands of signatures, in April 1970 Pete and the crew sailed to Washington, DC and held a forum calling for federal clean water protection.  This is thought to be the turning point that resulted in the passage of the landmark 1972 Clean Water Act.  Soon after we began a more than 30-year campaign to get the Environmental Protection Agency (EPA) to require (General Electric (G.E.) to clean up the PCBs in the Upper Hudson, which took place from 2009 to 2015. That work will now continue in the Lower Hudson.  Clearwater also pushed New York to ban fracking to protect communities and their water tables.  Preventing an ill-conceived desalination plant in Haverstraw Bay, a destructive mining project near Hudson, and getting the railroads to implement a carcass removal program to help bald eagles to get reestablished on the shores of the Hudson are among our other victories.  Earlier this year we saw the closure of the Indian Point Nuclear Power Plant and are currently working with the NYS Decommissioning Oversight Board to ensure that the plant’s decommissioning is done as safely as possible.  Stopping the Danskammer expansion is the latest in a series of successful campaigns to protect the Hudson River and the well-being of everyone living in its watershed.

Solar Mapping Project:  Working not just to stop harmful projects, Clearwater is actively promoting the transition to a Renewable Energy Economy with storage and efficiency — and other climate solutions.  Using Scenic Hudson’s excellent Solar Mapping Tool, 15 municipalities in the Mid-Hudson Region are currently participating in a 5-session program to help define good-to-excellent areas for developing solar and other renewables, as well as areas that need to be protected or avoided, and areas that could be beneficial if there were better grid interconnection capabilities.  Clearwater and Scenic Hudson are facilitating this pilot project to advance the wise development of solar and other renewable energy infrastructure, which is so urgently needed.  This program will be repeated quarterly in 2022, so please encourage your municipality to participate, if they aren’t already.

Green Amendment Passed!  The Environmental Rights Amendment to the New York State Constitution was just passed by the voters on election night!. The words, “Each person shall have a right to clean air and water, and a healthful environment,” will now be added into the state’s Bill of Rights and will greatly enhance existing and future environmental protection.  This amendment will empower lawyers and lawmakers to view the health and wellbeing of our environment in a new light.  Potential laws and projects can now potentially be struck down on constitutional grounds if they violate our rights to a clean environment.  Existing laws and statutes can be rewritten as different people are elected to office, but a constitutional amendment is a very permanent way to protect our environment for years to come.