Sloop Scoop 8: Completing the Restoration and Returning to the Hudson

Since our last Sloop Scoop, we have made so much progress! The sloop splashed up in Albany, made the transit down to Kingston, re-stepped the mast, and is nearly through uprig. The crew is training – in education and sailing, getting ready to take passengers out on the river once again. Thank you for following the sloop’s big project through our Sloop Scoops. We look forward to seeing you out on the river this season!

Over the course of the winter and spring, with the sloop out of the water, the normally submerged hull had dried out. As the boat was lowered into the water by the travelift for the official splash, water seeped in, causing the planks to begin to swell and eventually make a tight seal. This process takes a few days so some crew members had to sleep on the boat those first nights, waking up every few hours to check the water levels and to ensure that the bilges were effectively being pumped. Once the boat was deemed fit, it was time to make the transit down to Kingston.

In mid-May the sloop made the transit, nearly sixty miles from Scarano’s boatyard to the Rondout Creek. Over the daylong trip, the crew experienced every type of weather including beautiful sunshine and thunderstorms, and it all ended with a rainbow following them into port. 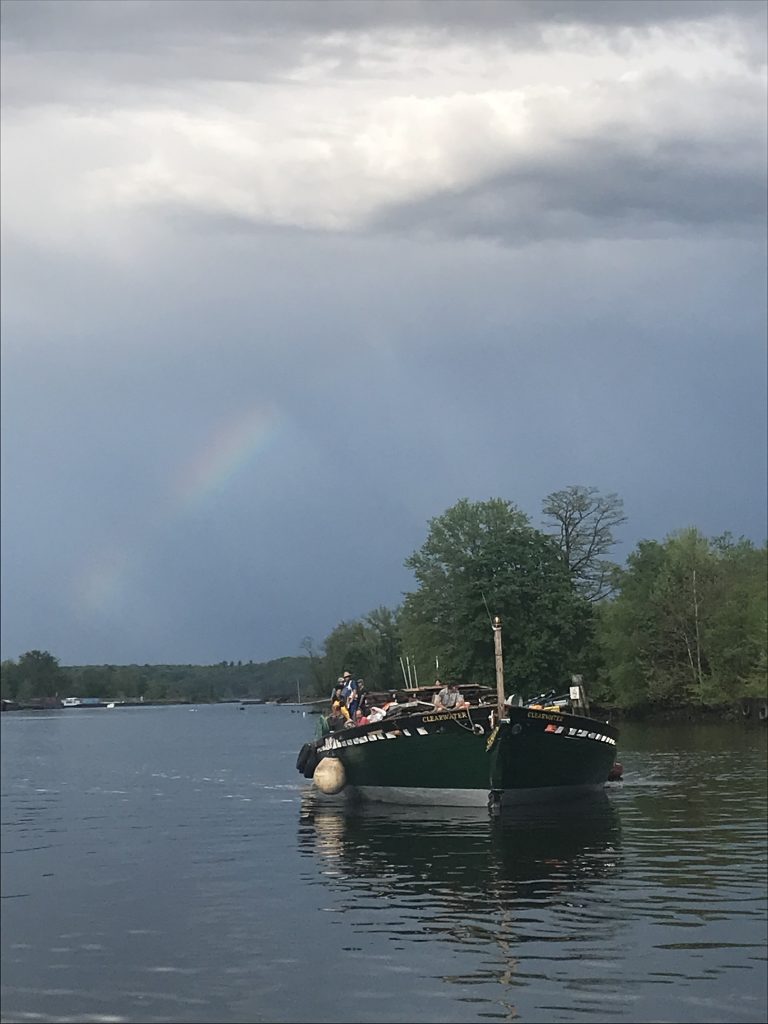 Every ten years or so, the mast must be pulled and inspected. This was one of those years. On an early, rainy morning, the crane came by and re-stepped the mast – starting to transform the boat from a bathtub back to our beloved sloop.

With the mast in place, the crew began uprig and put the fo’c’sle back together, which had been taken apart to rebuild the mast step. The boom and bowsprit made their way to their posts, and then each block and line was meticulously put back in its place. Once nearly completed, the crew took out the rigged vessel for the “shake down” sail, during which the sails were carefully raised to make sure that everything was in its proper place. 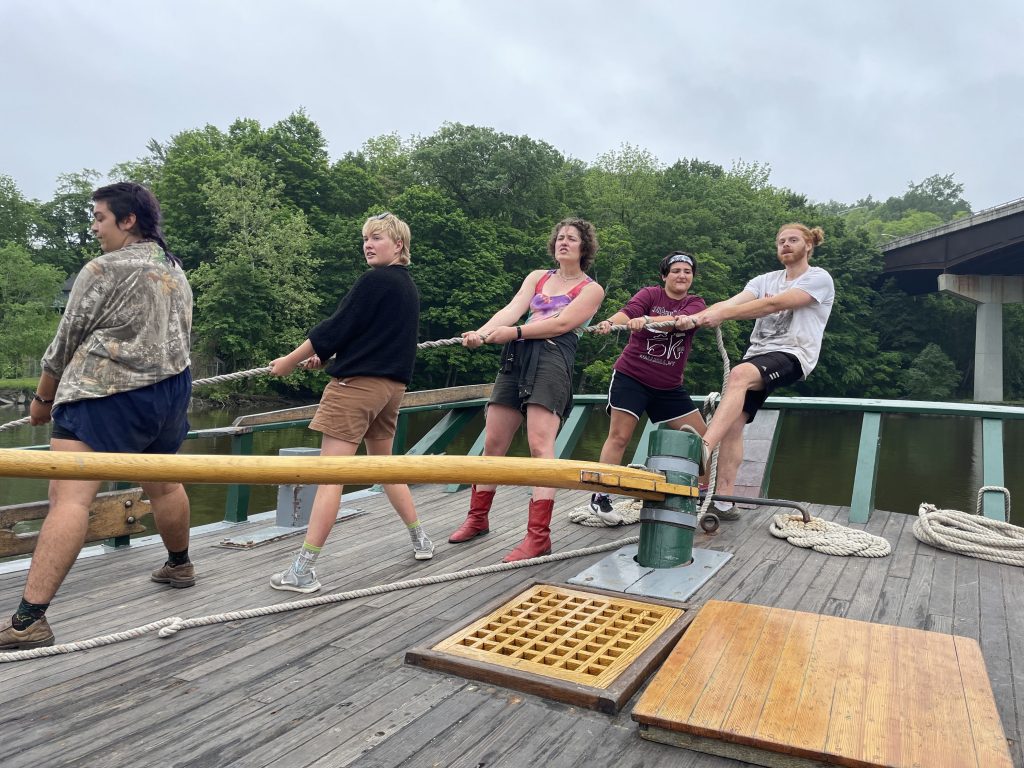 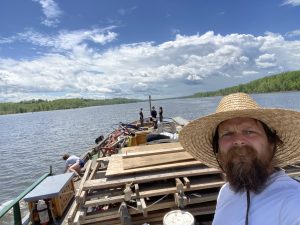 This final Shipwright Spotlight is on our captain, Nick Rogers. Like so many others, Nick first came to Clearwater as a volunteer and soon rose through the ranks. He became captain in 2008 and with the exception of a few years in between has been with Clearwater ever since, teaching an estimated 13,000 navigation stations, overseeing major maintenance projects, and spreading his love of peanut butter and cheese sandwiches. After all of these years, Nick is moving on to exciting new projects that will keep the river close. We thank Nick for his many years of dedication to the Clearwater community, excellence in teaching all sorts of folks, and knack for making people feel welcome. We can certainly say that countless crew, volunteers, and passengers have fond Clearwater memories with captain Nick at the helm.