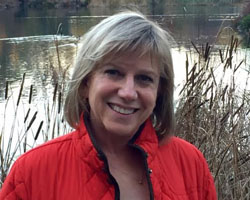 Mitzi has been a board member of Hudson River Sloop Clearwater since September 2015. In addition to the board, she is part of the Executive Committee and spent four years on the Finance Committee. Additionally, she helped launch and coordinate the highly successful, annual fundraising event, Chefs for Clearwater (chefsforclearwater.org) since 2016.

Mitzi resides on several other environmental boards and committees, including member of Duke University’s Nicholas School of the Environment Board of Visitors since 2018, Chairperson of the Town of Ossining Environmental Advisory Committee (EAC) since 1996, and member of the Leadership Committee of the Pocantico River Watershed Alliance since 2015.

Mitzi is involved with numerous nonprofit organizations in Westchester County including the Jacob Burns Film Center where she spearheaded the collaboration between Clearwater and the Jacob Burns culminating in a 100th Birthday Celebration and Tribute to Pete Seeger in May 2019. She is also a member of the Teatown Lake Reservation Gala Committee in Yorktown Heights, NY.

For the last 22 years, Mitzi has been the President of an International Food and Environmental Regulations consulting firm,  JEMS International, Inc. Prior to consulting, she spearheaded the Flavor Regulatory Department for 10 years at Givaudan, in Clifton, NJ.  Mitzi earned a Chemistry Degree from Purchase College, SUNY and a Masters in International Business Administration from Baruch College, CUNY.  She and her husband live in Briarcliff Manor, NY and have three children.