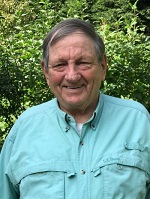 J. Henry Neale, Jr., was elected to the Clearwater Board of Directors in September 2017. He is currently Chair of the Board/s
Environment Action Committee and Co-Chair of the Properties Committee.

Henry has been a leader in public policy advocacy supporting progressive causes for a long time. He attended the famous 1973 gathering in Ardsley when representatives of environmental organizations allied by past support for effective State legislation revised the structure of a citizens/ coalition named Environmental Planning Lobby (“EPL”) . Henry soon became an EPL Director. Al though the name was later changed to Environmental Advocates of New York (“EANY”) , he is still a Director, after being, variously: Chair of almost every EPL/EANY Committee, Secretary, Treasurer and President. Henry led an alliance which advocated relentlessly during nine years to obtain adoption of the Returnable Beverage Container Act (“the Bottle Bill”), a rare legislative victory by citizen advocates who defeated vigorous opposition by industry lobbyists. Governor Mario Cuomo appointed Henry, representing the environmental constituency, a Member of the State Commission which studied “Bottle Bill” results and reported it successful.

Except for Amherst College, NYU Law School, uneventful U.S. Marine Corps service and two years in New York City Mayor/s Office, Henry lived his entire life in Westchester County. He was Chair of Westchester Pre-Trial Services, a publicly funded alternative to cash bail for eligible defendants. He served through two six year cycles as a Director of Planned Parenthood Hudson Peconic, including a term on the Executive Committee, before being “offed” twice because of strict term limit rules but also served four years on the PPHP Action Fund. Henry’s hobby is politics. He was Chair of Scarsdale Democratic Committee for nine years and Vice-Chair of County Democratic Executive Committee for eight years. He has been a hard-working volunteer in many campaigns, at either top or bottom of the staffing structure in both winning and loosing efforts in nearby New York Counties or distant States.
His primary interest is environment protection. He served in various capacities for about twenty years as an officer of Federated Conservationists of Westchester County and was Chair of the County Environmental Management Council until terminated because of a disputed plan to use park land for non-park purposes (Henry lost his job title but the bad plan was stopped). Recently a different County Executive appointed him County Parks, Recreation and Conservation Board Chair. By operation of State Law, Henry is a voting member of Taconic Region Park, Recreation and Historic Preservation Commission (Westchester, Putnam, Dutchess & Columbia Counties).

Henry dutifully promised his family he would close his general practice law office in White Plains and retire in June 2018, two weeks before a Very Big Birthday. This plan is not going well.