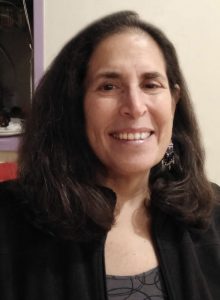 Donna Stein’s interest in social and environmental justice reaches back to singing Pete Seeger and Woody Guthrie songs around a campfire when she was nine years old and forward to her present role as producer and co-host of Eco-Logic, an environmental program on listener supported, non-corporate radio station WBAI-FM in New York.

A perfect harmony of purposes aligned when, with experience as an entertainment agent and event producer, she was called on to produce the NYC Friends of Clearwater Water Festival. Pete Seeger was the headline performer! NYCFC is one of Clearwater’s independent sloop clubs. Years later Donna produced the Honoring Pete’s Vision event filling 780 seats.

Donna is now the President of NYCFC, as of 2020 for the fifth non consecutive year, as well as Executive Producer of the Water Festivals and other special events. A recent WF honored Toshi Seeger’s storied contributions to Clearwater.

Now, in her second term on the Clearwater Board of Directors, Donna serves as Chair of the Development Committee. At Revival she can be found most often volunteering in the Sloop Club tent and last year also helping out at the WBAI live broadcast from festival.

Donna lives in Manhattan, was born in New Orleans and grew up in Yonkers NY. Growing up, she didn’t even realize Yonkers was on the water, as the Hudson River was so polluted no one she knew went to that part of town. Donna is an avid kayaker on her beloved Hudson River and cares deeply for so many reasons to fight for a healthy planet. Her vision is to realize a safer, fairer and sustainable world.