My Musical Journey Through Clearwater 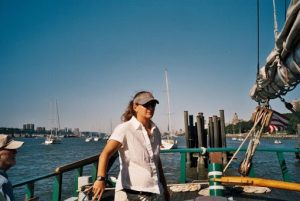 Songs from my early years as First Mate and later as Captain:

After I returned from the Picton Castle, we spent a great revival that year (The Great Hudson River Revival) rocking out to Old Crow Medicine Show and Gillian Welch, so a few of their songs became anthems for the next few years. 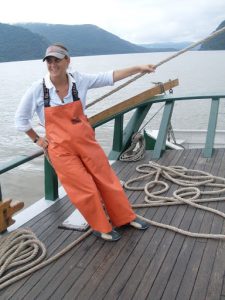 Of course, it’s fairly widely known that I am not Clearwater’s biggest folk music fan, and often needed an antidote to all strumming and picking.

So that was probably more than you bargained for and I still listen to all that stuff, but it definitely has a big Clearwater context for me:)! 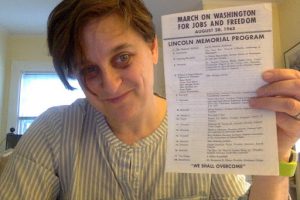 My folks made it sailing a bunch and to revival a few times and we got them to Pete’s 90th Birthday show and happened to be seated right in front of Ronnie Gilbert, which was a huge thing for my Dad who grew up on The Weavers. My mom had the most wonderful eclectic taste in music and I still have a butt dial voicemail of her raving about that Madison Square Garden show, talking about John Mellencamp and Dave Matthews. So if you want to throw on anything from the Weavers for Dad… and for Mom, she adored Richie Havens, “Freedom” blew her away at MSG and I just love his version of the Beatles’ “Here Comes the Sun” and we loved dancing to Bruce Springsteen’s “Dan Tucker” from his Seeger Sessions album.

I’ll leave it at this. 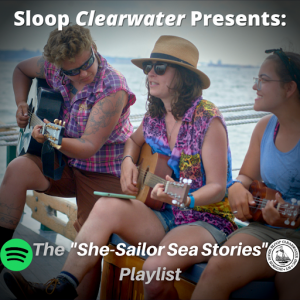 In celebration of Women’s History Month, Clearwater asked our former female Captains to curate a playlist of the songs that reminded them of their time on board. Listen to Sam’s picks, and more HERE on the Clearwater Spotify Channel.