Latest News About the Campaign to Close Indian Point 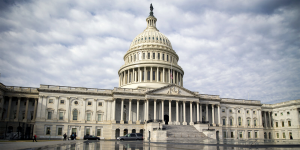 Indian Point’s final reactor will be shutting down in April 2021. With its closure, the plant will begin the decommissioning phase. The current owner, Entergy, is planning to […] 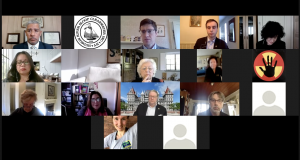 On Thursday, October 10, Clearwater organized a forum on decommissioning nuclear power plants at the Hendrick Hudson Free Library. The forum was sponsored by NYS […]

When Indian Point Closes:  A Regional Forum on Workforce Transition

Now that Indian Point Units 2 and 3 are slated to close in 2020 and 2021, it’s time to turn our focus to ensuring economic and workforce development and the safest possible decommissioning of the reactors, […]

2. Urge your NY State Legislators and Governor Cuomo to Support a Decommissioning Oversight Board (DOB): Clearwater strongly supports the passage of S.8158/A.10236, sponsored by NYS Senator Peter Harckham and Assembly Member Sandy Galef, to create a statewide oversight board to protect the financial and other interests of NY State and its ratepayers during the decommissioning of nuclear energy facilities, starting with Indian Point.

WHY WE MUST CLOSE INDIAN POINT NOW

Indian Point is located 25 miles north of New York City on the Hudson River at the intersection of two earthquake faults, the Ramapo Fault and the Stamford-to-Peekskill Fault Line. Indian Point is also sited in the most populous location of any US nuclear plant, with 20 million people living or working within 50 miles of the plant, and experts say that evacuation plans are severely deficient. A catastrophic accident at Indian Point could kill tens of thousands, cause many more long-term cancers, and render NYC and much of the Hudson Valley uninhabitable. (View Map)

It’s time to close Indian Point … Relicensing it for another 20 years is playing Russian roulette with our future and the future of tens of millions of people.

Clearwater is fighting to close the aging, leaking Indian Point nuclear plant, which is reaching the end of its designed 40-year lifespan and applying to renew its license for an unthinkable 20 years. Read a Summary of Clearwater’s Environmental Justice Contention Testimony at Indian Point Relicensing Hearings in Front of Atomic Safety Licensing Board on October 23, 2012.

Download the Physicians for Social Responsibility report, “Lessons from Fukushima and Chernobyl”

Download the Union of Concerned Scientists study “Chernobyl on the Hudson?”

An Unexpected Mortality Increase in the United States Follows Arrival of the Radioactive Plume from Fukushima: Is there a correlation?

Read the Witt report on emergency preparedness at Indian Point

“Left of the Hudson: Lamont-Doherty scientist says the region is overdue for a big quake”

Read “Giving All Citizens a Voice in the Relicensing Decision”

Read Clearwater’s testimony on Entergy front groups to the NRC ….. and the judge’s response